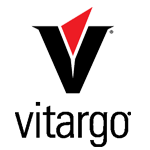 Vitargo Pure is a carbohydrate supplement formulated to promote the recovery of glycogen stores while keeping insulin levels stable during the workout, also ensuring an adequate energy supply during your training sessions.
The formulation of this carbohydrate differs from the other products of the same category on the market in that its formulation is made up of barley starch, carbohydrate which stimulates insulin production , as well as dextrose, but with the advantage of being completely a source free of sugars and therefore also suitable for those subjected to dietary regimes aimed at weight loss.

The Vitargo formula  was conceived and patented at the Karolinska Institute in Stockholm where, after numerous researches carried out by Swedish researchers, it has been shown that thanks to its molecular structure, the Vitargo Pure, derived from a vegetable molecule of the corn starch, is the carbohydrate more similar to glycogen or the energy source that is used by the muscles to provide nourishment to the muscle fibers. The success of this formulation lies in the fact that its molecule is about 3000 times higher than the classic dextrose commonly used for the preparation of other preparations of the same kind. Molecular weight is in fact a very important factor as it affects several factors such as: - Osmolarity Index: that is the intestinal absorption capacity, the Vitargo in fact, absorbing little water, passes through the intestine about eighty times faster than dextrose making the nutrients immediately available for the organism. - Restoring Glycogen stocks: Glycogen is a polysaccharide (complex carbohydrate) formed by a long chain of glucose molecules. During intense training sessions, the muscles draw on the glycogen reserves present in the body which, subsequently transformed into glucose, are used both as a direct energy source and as a source of recovery of muscle glycogen. The rapid absorption of Vitargo allows you to restore the glycogen stores consumed during training with a speed seventy times faster than  dextrose, guaranteeing a constant energy supply.  Glycemic Index: The glycemic index determines the ability of a glucide to release a certain quantity of glucose in the body after being digested, determining its bioavailability or the percentage of intestinal absorption. Thanks to its constant absorption it promotes, if combined at the same time, a greater assimilation of creatine and amino acids, elements almost always present in the diet of an athlete. The idea of ​​using this formula is given by the possibility of bringing these ingredients to the muscles in the fastest and best possible way . Consumed both in pre and  post workout, it constitutes a constant energy source both in the short and long term, a factor of fundamental importance especially in the post workout where the correct energy levels in the body must be restored. A fast absorption in fact allows, in the "anabolic window" which occurs half an hour after the end of training, to correctly restore the depleted glycogen stores. Vitargo Pure represents the new frontier of food supplements formulated to improve the performance of athletes. The composition of Vitargo is composed of a particular carbohydrate, specifically barley starch, similar to dextrose but completely free of simple sugars. The Vitargo formula was developed and patented at the Karolinska Institute in Stockholm (Sweden), the Vitargo derives from a vegetable molecule derived from the corn starch. The numerous research carried out by Swedish technicians have shown that Vitargo is, due to its molecular structure, the carbohydrate most similar to glycogen, that is, the energy source that is used by the musculature.