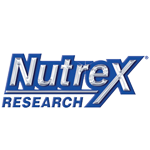 LIPO-6 Rx sets a new standard in the weight loss category: It is a CLINICALLY DOSED fat burner. With a combination of seven different compounds at full effective (clinical) doses, LIPO-6 Rx supports maximum fat-burning, appetite control, energy and focus. LIPO-6 Rx is a complete all-in-one fat burner that offers unreal results and many weight-loss supporting benefits. Its powerful profile of fully disclosed ingredients gives you more of what you want: better thermogenic response, noticeable appetite suppression along with longer lasting energy and increased mental clarity. Experience the difference of CLINICALLY DOSED LIPO-6 Rx and take your weight loss efforts to a new level. Note: Due to the potency of this formula we advise that you do not exceed the recommended dose. FULLY CLINICALLY DOSED INGREDIENTS: DMAE BITARTRATE (150MG) • Research has shown that DMAE stimulates and sharpens overall cognition while soothing and settling emotional distress.† CAFFEINE (135MG) AND DICAFFEINE MALATE (100MG) • Caffeine is one of the most well-researched performance enhancement ingredients.† • Supplementing with caffeine immediately increases work volume and muscle strength, mental alertness and mood, assists in fat loss and helps you train at a higher intensity level.† • Research has shown that caffeine citrate is the ideal stimulant for those looking to increase energy as quickly possible because it appears to raise caffeine blood levels faster than other caffeine sources.†
TEACRINE© (100MG) • Research has shown TeaCrine® boosts energy, mental clarity and clean focus but without the jitters, fatigued crash and tolerance build-up over time.† • The energy boosting effects of TeaCrine® have been proven to be long-lasting as they remain noticeable for a prolonged period after consumption.† • When taken before exercise, TeaCrine® supports the release of free fatty acids into the bloodstream which further helps with stamina and endurance.† N-ACETYL-L-TYROSINE (100MG) • Research has shown this essential amino acid supports brain function, including increasing mental focus and alertness, dopamine levels, mood and energy during exercise.† • N-Acetyl-L-Tyrosine is 20 times more water-soluble and better absorbed to raise tyrosine levels in the body.† GINGER ROOT CO2 EXTRACT (20MG) • It has been shown to raise metabolic rate by up to 20%, along with a significant increase in calories burned.† • This non-stimulant ingredient pairs well with caffeine to boost thermogenic effects.† • Ginger has been used for centuries in its ability to aid digestion and ward off nausea.† RAUWOLSCINE (1MG) • Rauwolscine is an alpha-receptor antagonist that can block the action of receptors responsible for stopping fat breakdown.† • Research has shown that it’s mechanisms of action are similar to yohimbine, as it can act as an alpha(2) adrenergic antagonist, thus aiding in fat burning.