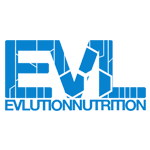 TARGET FAT WITH MULTIPLE MODES OF ACTION
Green Coffee Beans contain higher concentrations of Chlorogenic Acids- strong antioxidants that studies suggest support fat loss and maintaining blood sugar in the normal range. L-Carnitine plays a key part in transporting stored fat as long chain fatty acids into cells where mitochondria convert them into fuel the body can use for energy. CLA utilizes multiple modes of action to release and burn fat including affecting enzymes that cause fat cells to reduce the amount of fat stored, and may also enhance the level of fat burning the body produces, allowing fat to be transported to the cells and burned at a higher rate. STAY FOCUSED AND FIGHT CRAVINGS THROUGHOUT THE DAY
When you diet, your energy levels can be depleted and can also be affected by your mood. Acetyl-L-Carnitine can be utilized by the energy producing mitochondria in the brain to support focus levels while you’re in the gym or at work. Garcinia Cambogia contains Hydroxycitric acid (HCA) which helps support serotonin levels, which helps support stable mood levels that could affect emotionally driven eating. Research suggests that chlorogenic acids may slow or reduce the release of glucose into the bloodstream, helping to reduce blood sugar spikes that can trigger cravings. MAINTAIN AND PROTECT MUSCLE
CLA helps support preserving your muscles against the catabolic effects of dieting and exercise. When you are reducing calories during dieting, CLA supplementation before or during workouts could make a difference by targeting fat instead of muscle. Acetyl-L-Carnitine supports blood flow to the muscles, thus resulting in reduced oxidative stress which supports less muscle damage during and after a high-intensity workout. GREEN COFFEE BEAN EXTRACT (500MG)
Green Coffee Beans are unroasted coffee beans rich in a powerful antioxidant called Chlorogenic Acid, which is lost in the roasting process. Research suggests that Chlorogenic Acid is easily absorbed and helps the body to burn glucose and stored body fat. These Chlorogenic Acids are strong antioxidants that support metabolism and maintaining a normal range of blood sugar levels and help fight against damaging free radicals in the body. GREEN TEA EXTRACT (250MG)
Green Tea Extract supports metabolic rate to help break down and burn fat even at rest, as well as boost antioxidant and energy levels. Contains EGCG Polyphenol, which is the most important antioxidant and active ingredient in green tea. EGCG has been shown to support higher levels of a key hormone for promoting fat breakdown. Green Tea has also been shown to support higher fat burning during exercise, helping you get more results from your workouts.